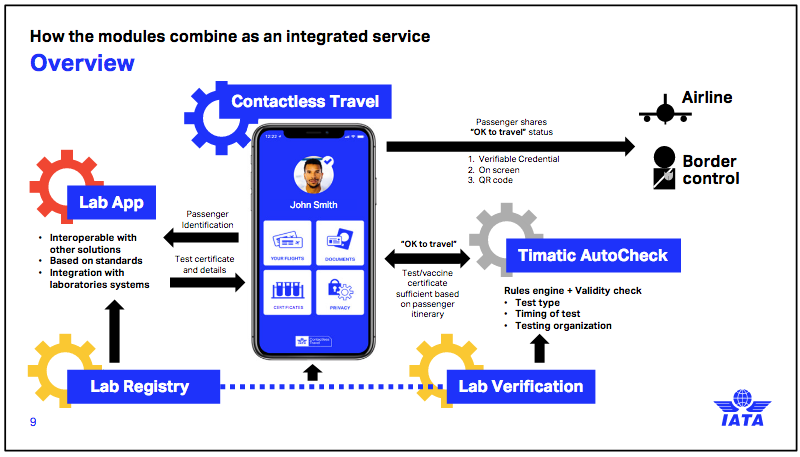 A blockchain based record system used by IATA to record passport and vaccination/immunisation records is set to restore 'free' cross border travel as airlines and governments can instantly verify a person vaccination/immunity status for Covid-19 or other communicable diseases.

IATA (International Air Transport Authority) which controls 90% of the worlds airline and airports licensing has released its Travel Pass which is expected to become the standard for airlines and countries to verify a travellers status for moving between countries.  The IATA Travel Pass contains the users passport details and vacinnation/immunisation record which are uploaded to a global blockchain of computers and confirmed by governments and approved laboratories. The record is immutable as it located on a blockchain that is confirmed by thousand of computers worldwide. There is no data stored in the phone ap and no central ‘server’ for the blockchain used for storing the information so it is not possible to hack the information and change or alter the data on record.

Qantas Airlines has stated it will not allow international passengers to board their aircraft without proof of vaccination or immunity to Cover-19 when the begin flying internationally again in late 2021. Today the IATA Travel Pass is in place for use on British Airways for beta testing and is expected to go into full use in early 2021. With more travellers becoming vaccinated against Covid-19, the IATA Travel Pass or a globally accepted peer could be necessary for international travel by early-mid 2021. Those who can not prove immunity or vaccination may be refused carriage or be subject to extended quarantine rules on arrival.