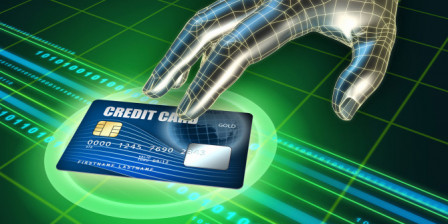 There is no doubt that the world is changing very rapidly. The coronavirus has fast tracked what many see as necessary changes at many different levels. One of the areas being affected is how we actually transfer value to pay for things. Scammers are attacking traditional banking and credit card systems daily costing both consumers and retailers billions of dollars a year, which as a side effect cause overall prices to rise to cover the losses. Adding Crypto currency as a form of payment has stopped the fraud in its spread and has significantly cut the cost of travel.

The ability to pay online or something that most people understand now quite well. Unfortunately along with that convenience came the ability for scammers to be able to take advantage of poor security systems and holes in the banking systems security processes.

People of been scammed many different levels. Anything from the sister, brother, husband, wife, grandchild, roomate, friend, or trusted employee taking and using a credit card without authorisation, to more elaborate schemes where scammers have managed to get vital information over the phone from unsuspecting people, skimming of physical cards at ATMs, cafes, and retail/commercial venues. Add mass hackings of banks, credit unions, and other large organisations that had credit card details online or stored for hackers to retrieve and to use at their pleasure and you have the perfect storm of options for fraud.

Some organisations, like Future.Travel, work very closely with banks and security firms to help insure that customers transactions are safe, and more importantly to ensure that the consumer is using proper 3D security protocols in order for the transaction to be completed safely. This 3-D security system while painful for many, is essential for the security of online transactions.

But there is a cost.

It is the cost of implementing the extra layers of security that the banks require and it is passed on as higher transaction fees to the consumer  and to the merchant as higher merchant fees. At the end of the day the consumer and the retailer both pay for the increased security. For those accounts without proper security in place, it raises the overall cost of all transactions as banks and retailers try to combat Cyber criminals and then needing to pay out for unsecured accounts losses under their jurisdiction.

Over the last few years there’s been a growing movement to make payments in a more secure manner where both the consumer and the merchant are protected from fraud. A system where a simple or complex transaction would cost exactly the same to transmit. Imagine being able to pay only $.70 to complete a $1000 transaction or $.70 to complete a $1 billion transaction. It is not an imagination item any longer, it is happening today.

Future.Travel has for many years accepted Bitcoin - BTC as a form of payment, similar to a conventional Visa or MasterCard transaction. Beginning this year Future.Travel began accepting other cryptocurrency types as a form of payment. These include Litecoin – LTC, Bitcoin Cash – BCH, Etherium – ETH, and beginning this week Future.Travel also began accepting Bitcoin via the Lightning Network which reduces the cost of a transaction to two or three cents and speed the processing time from a few minutes or an hour or two to just a few seconds.

What does shopping and paying via a crypto pathway mean for the consumer? It means there is no credit card fees being added to the cost of the transaction. Some credit cards charge up to 5% or more for a card transaction, particularly if it is a “foreign“ transaction where the merchant may resided out of the card jurisdiction, e.g. in another company country than where the card was issued. In a global economy this is a very common event. For a $1000 airline ticket that credi card fee could be $50 in fees, plus exchange rate variation charges. For a $300 hotel staycation you could be looking at $15.00 or more in 'card' fee's.

With a payment using a cryptocurrency like Bitcoin over the Lightning Network platform, the $300 staycation costs only $300.00 as merchants like Future.Travel treat cryptocurrencies as being equal to cash. There is no fraud risk to the merchant as the funds are confirmed as being valid by thousands of independent agreeing computers connected to the blockchain for the crypto currency being used for the transaction.  No fraud risk means the price you pay is the same as if you were handing them cash. No sting in the tail at eh end of the month when your statment arrives from the credit card companies or bank.

The world is changing with the Covid-19 Coronavirus. Moving money, paying online, staying secure, and what to trust when purchasing is changing as well. It may well be time for the average consumer to shift to using Cryptocurrencies for their purchasing.